Last weekend,  the weather was beautiful in Calgary. The sun was out and there was a nice breeze to go with it. My wife thought that this would be a good day for a hike. I don’t usually hike, I always use the excuse that black people don’t hike. Remembering that a happy wife is a happy life, I chose to go on that hike. Also, I had to get out of my comfort zone and try new things.

We went up to Alder Trail, which is at Bragg Creek. The trail is only an hour to hike, which is right up my alley. I have to say that it is a beautiful trail and it was nice being out in nature. Sure, I wore shorts, not realizing that there was going to be a bit of snow up on the trail, but I got through it. While walking on the trail we came to a fork in the road. We assume that both paths were part of the Alder trail, so we took the left path. Huge mistake.

The trail that went to the left was not the Alder trail. To make things worse, the trail felt like it went on forever. It just seems as if we were going deeper into the forest. What didn’t help was the fact that there were cougars in the woods.  My wife told me about this, but I laugh it off. Right on cue, that is when  I notice animal bones litter on the ground. Now I wasn’t feeling like a tough guy, I just wanted to go home. Eventually wandering through the woods, we bumped into a family that was also lost. The whole thing was crazy. This shouldn’t happen at all. We did work together to get out of the forest, but it took four hours.

I didn’t think that my hiking trip would turn into a game of survival. Okay,  maybe I  exaggerated the game of survival, but the hike was ridiculous. I won’t give up hiking, but I will respect mother nature and plan my hikes better.

On this crazy hike, I did actually take some pictures. 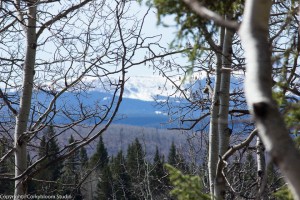 2 thoughts on “Getting Owned By Bragg Creek” Leave a comment ›